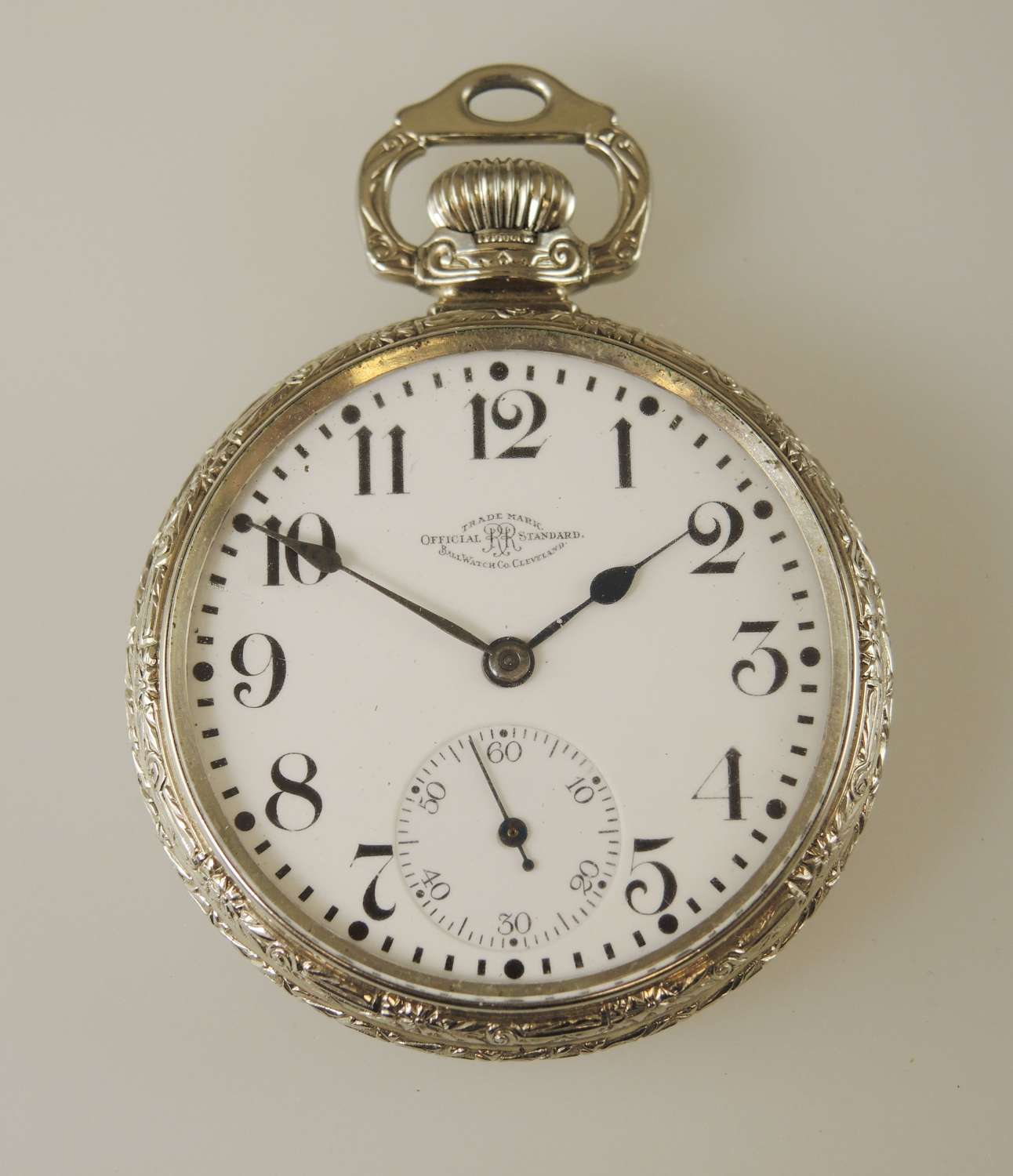 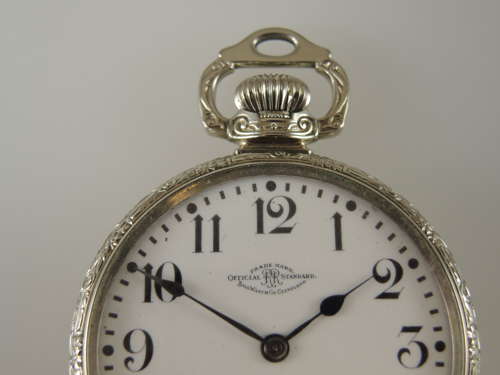 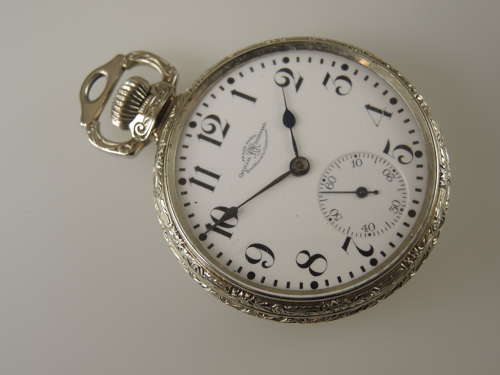 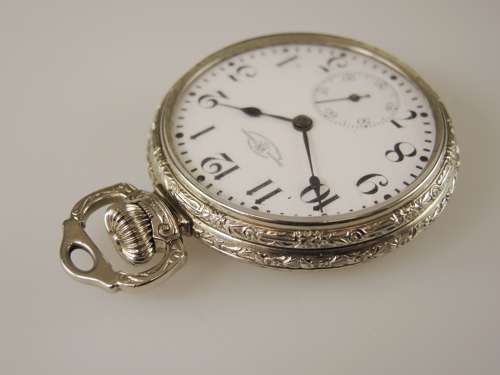 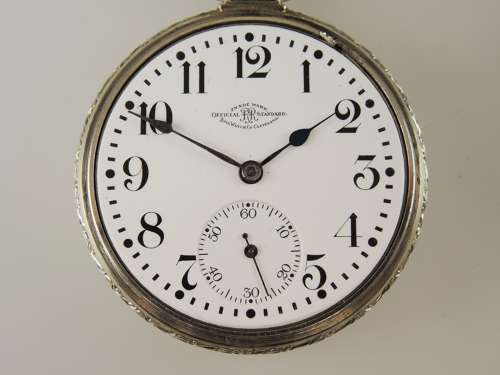 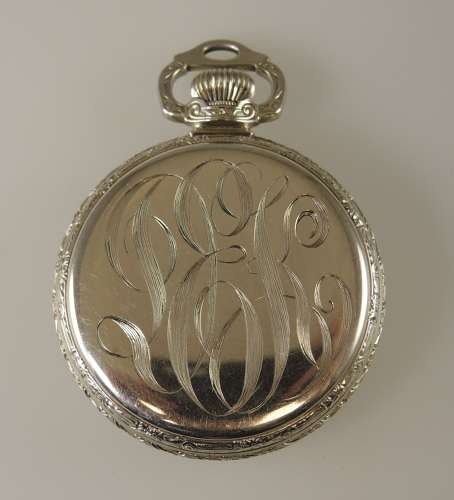 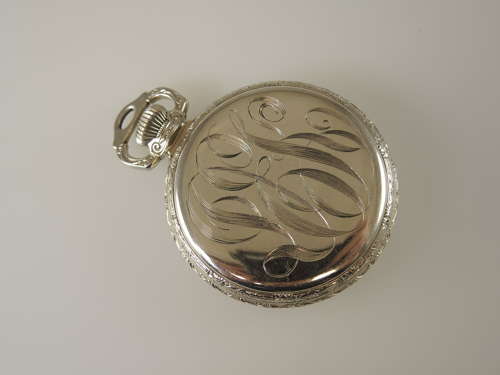 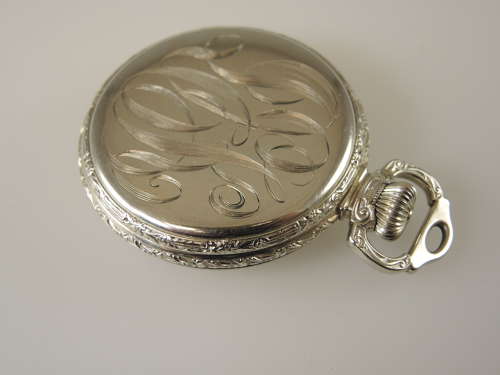 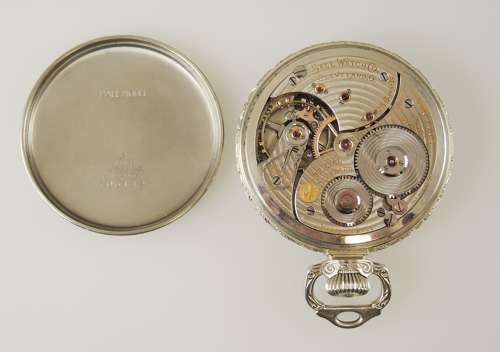 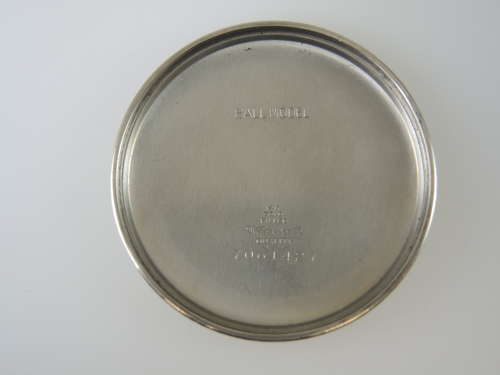 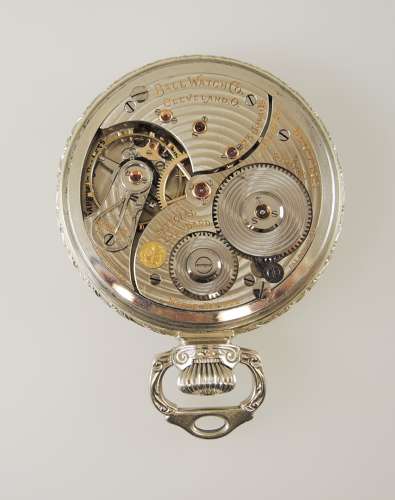 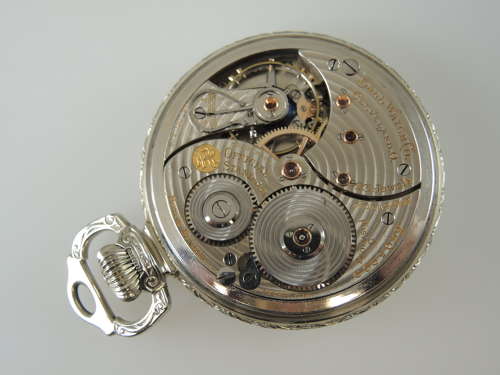 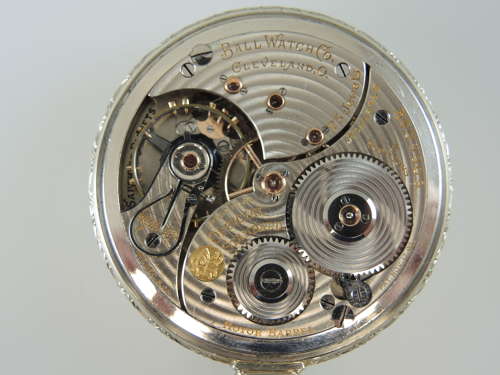 This is an official American Railroad pocket watch made by the Ball Watch company using a Hamilton movement. The Ball watch company did not manufacture their own movements. The company was set up by Webb C Ball of Cleveland, Ohio who was the general time inspector. After the fatal collision of two trains in 1891, due to a faulty timepiece, Ball was commissioned with drawing up a state wide timepiece inspection system. As all companies up until then used their own guidelines, Ball presented his guidelines and most American companies set out to meet these recommendations. The Ball watch company used the movements by these companies to create a line of watches which bore the official Rail Road official standard.

Movement – this high grade ¾ plate nickel movement has a lever escapement with a micrometer regulator and a gold capped escape wheel. The movement also has gold train wheels, raised gold jewel settings and is decorated with circular damascening. The movement is signed “Ball Watch Co, Cleveland, O, 23 Jewels, 5 Positions Adjusted, Trade Mark, Official Standard,” # 1B24235. The movement is in 90% mint condition – there is one scratch across the plates

Case – the movement comes in a white 14K gold Filled open face case, which has a screw off back and front. The case is the BALL Model case with the patent stirrup bow and is signed “Ball Model” The case has turned detailing on the back and front bezels and a smooth plain finish on the back cover with a large scroll monogram. The case is in 95% mint condition

Dial – the white enamel dial has a full set of blue steel hands and is signed “Ball Official RR Standard, Cleveland, O.”. The dial is in 98% mint condition – a very small flake on the edge of the dial by the lever set

The watch has a bevelled mineral glass