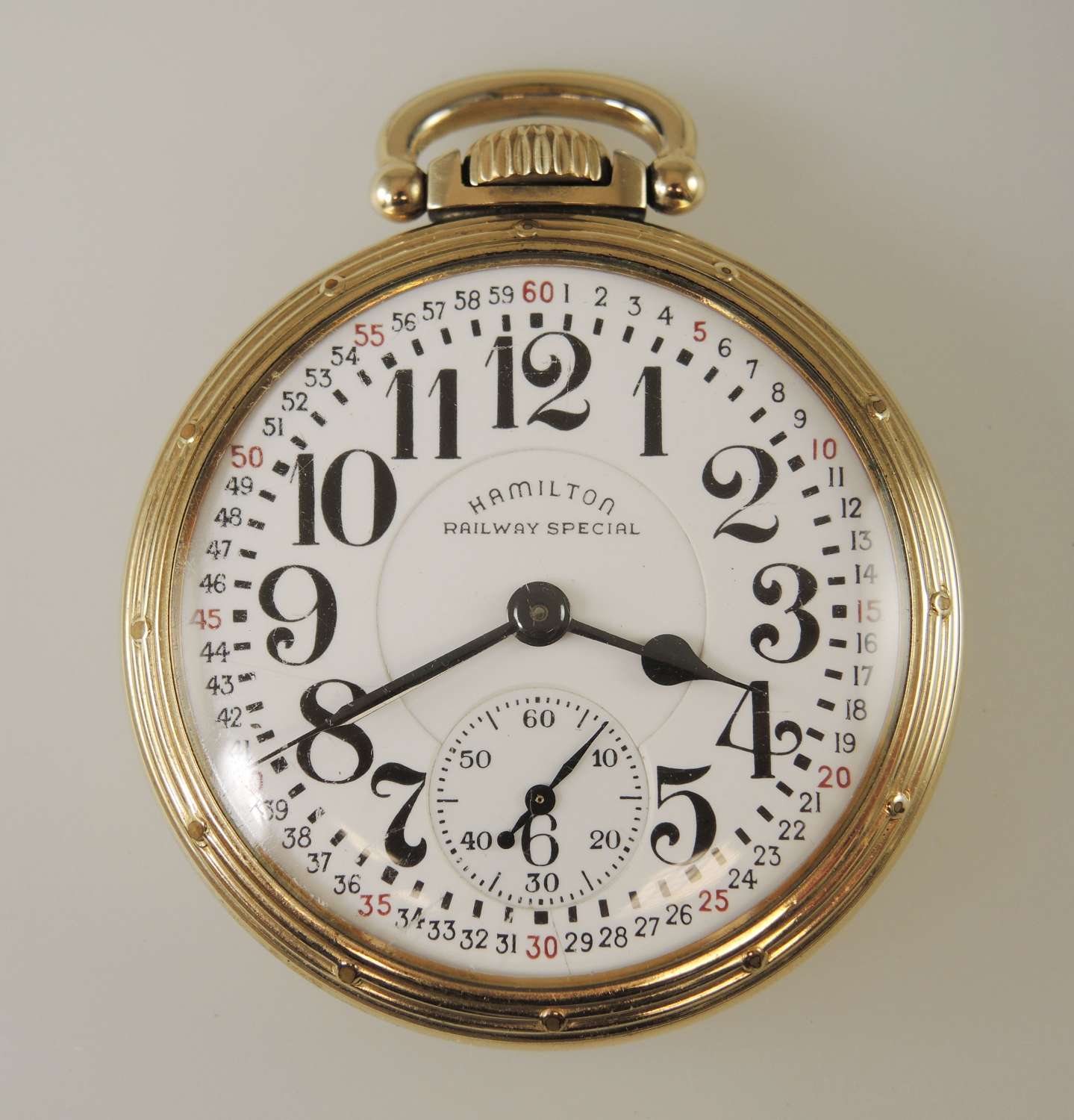 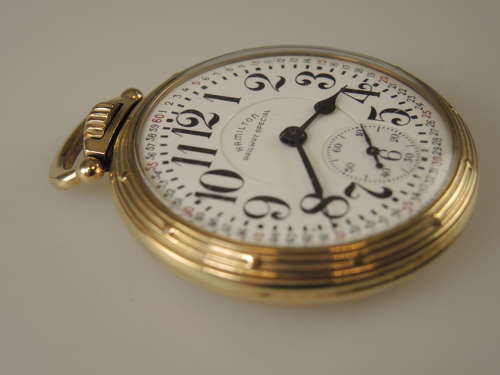 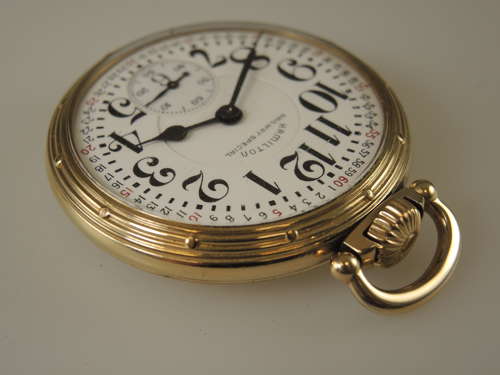 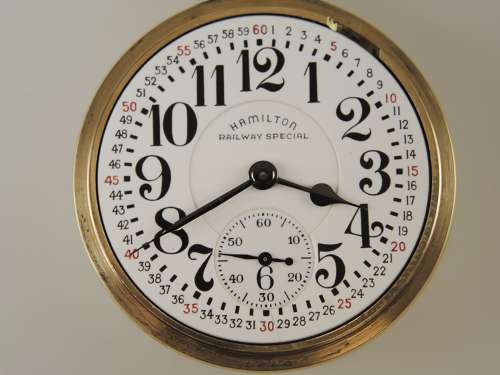 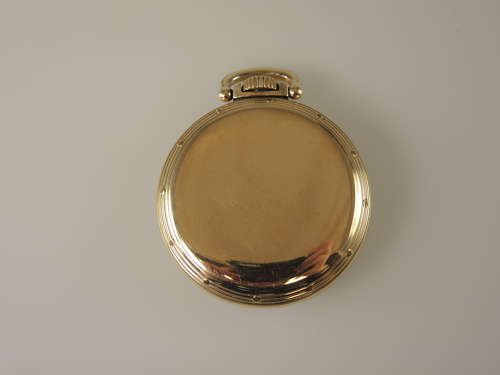 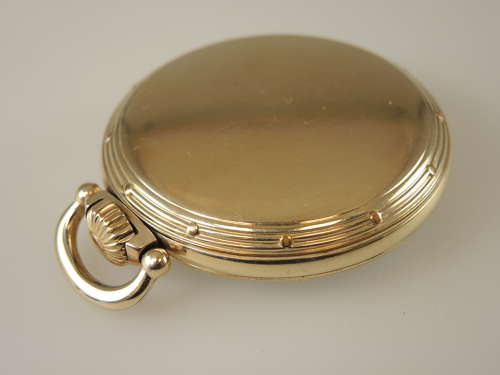 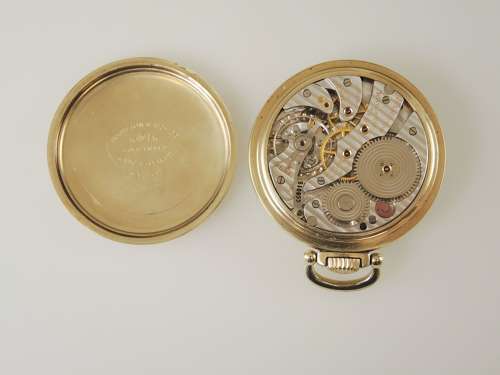 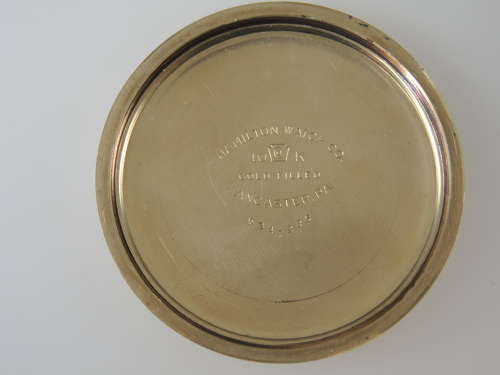 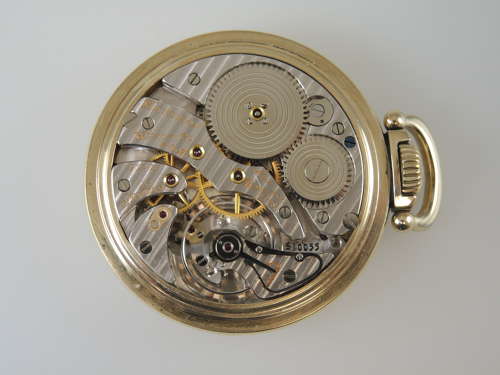 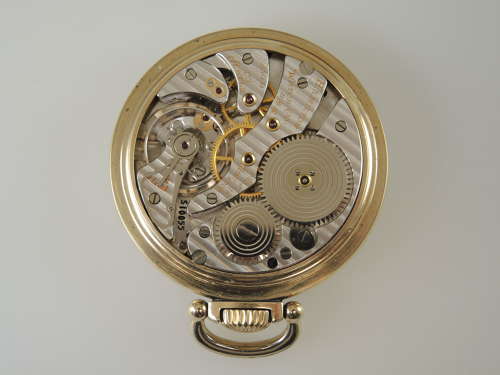 Hamilton made two B models, the 992B and the 950B. Both watches used the finest hairspring at the time, which was an Elinvar hairspring, however the 950B used an Elinvar Extra hairspring making it, the best mass produced watch of its time or possibly since.

George Daniels, the master horologist, used this hairspring in his masterpieces

Movement – the high grade nickel bridge movement has a lever escapement with a micrometer regulator, gold capped escape wheel and lever and gold jewel settings. The movement is jewelled to the mainspring and has an Elinvar mainspring as described above. The movement is signed “Hamilton Watch Co, USA, Adj temp & 6 positions, 950B, 23 Jewels” S10055. The movement is in 95% mint condition

Case – the movement comes in a model A, Gold filled open face case, which has a screw off back and bezel. The case has milled edges with a smooth plain finish on the back. The case is in 95% mint condition.

Dial – the white enamel Montgomery dial is double sunk and has a striking pair of blue steel hands. The dial is signed “Hamilton Railway Special” and is in 95% mint condition -a hairline on the 8 and below the sub seconds

The watch has a mineral glass