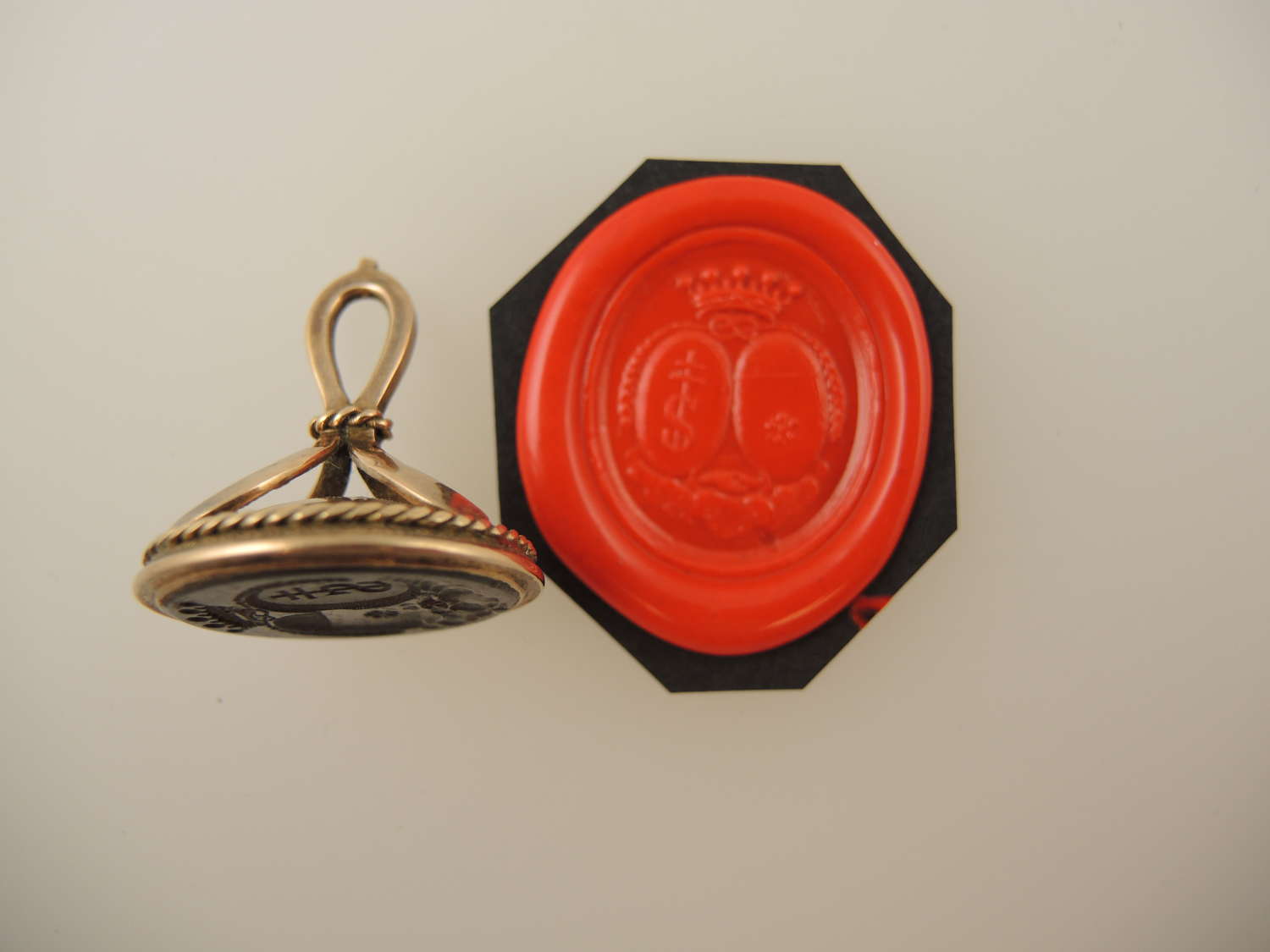 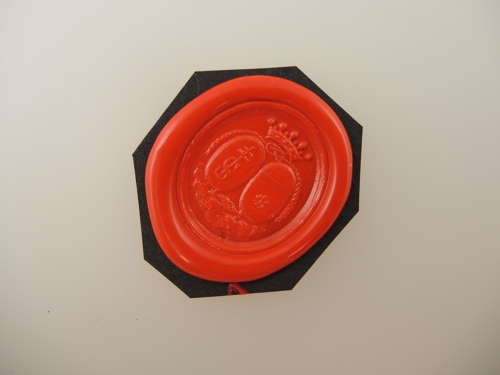 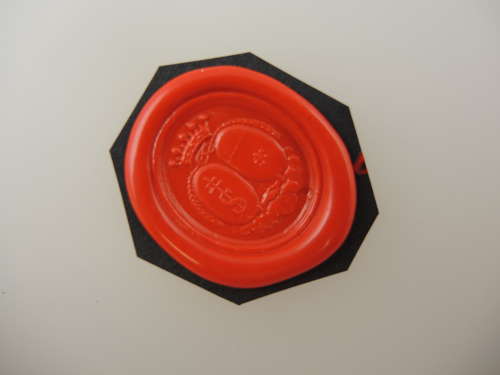 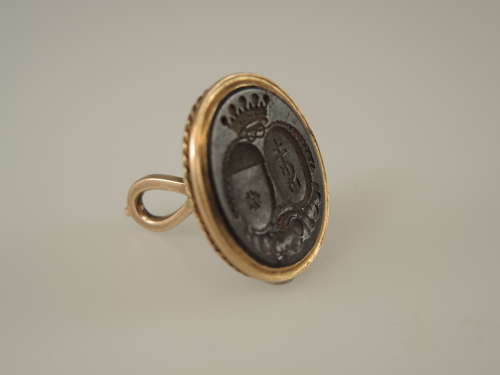 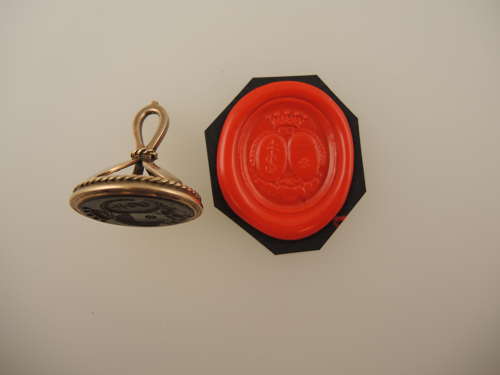 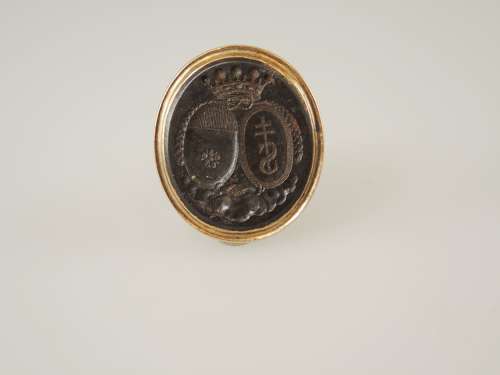 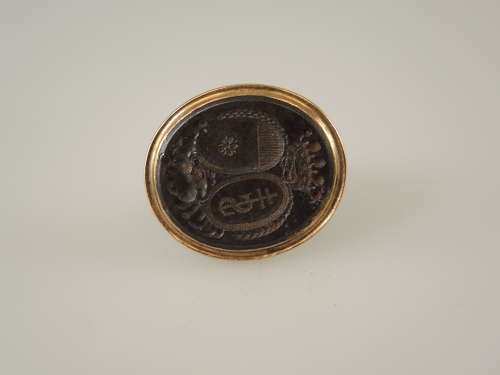 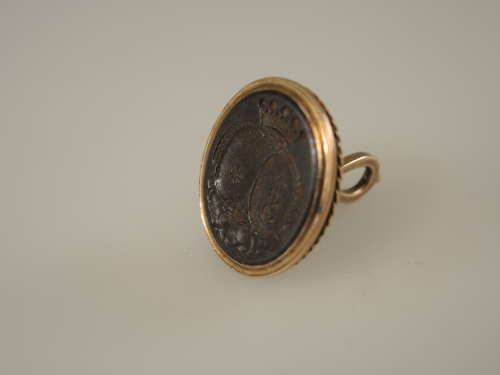 15K Gold seal with gunmetal base with an armorial crest c1810

This is a gold seal which bears the armorial intaglio crest of a British earl.

The seal has a gunmetal base which has a detailed intaglio for an Earl, showing the union of two houses represented by the two ovals encircled by a wedding knot and below two clasped hands.

The shank has a domed base with a strut handle with applied wire work terminating in an oval suspension loop.

The seal is in 95% mint condition