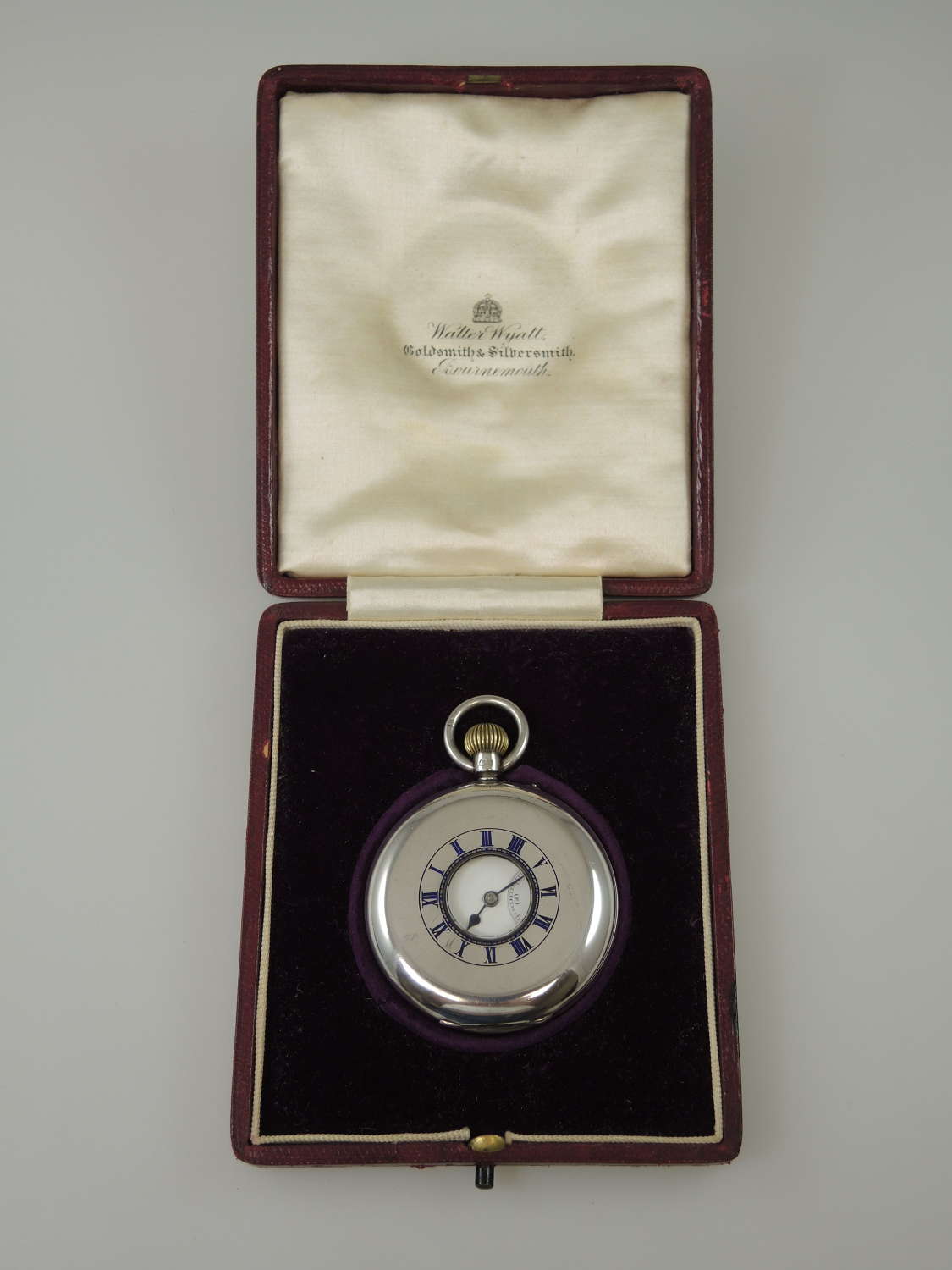 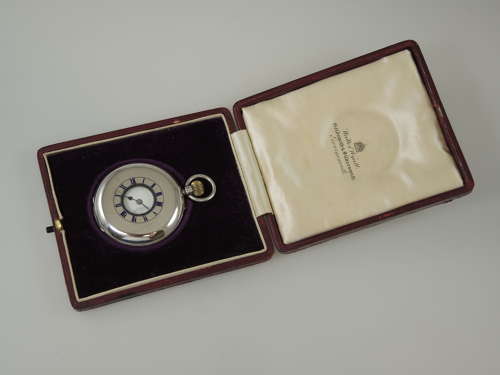 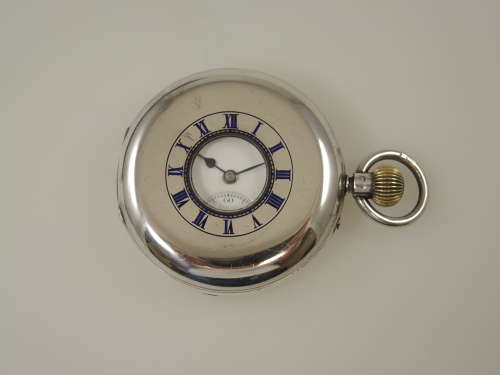 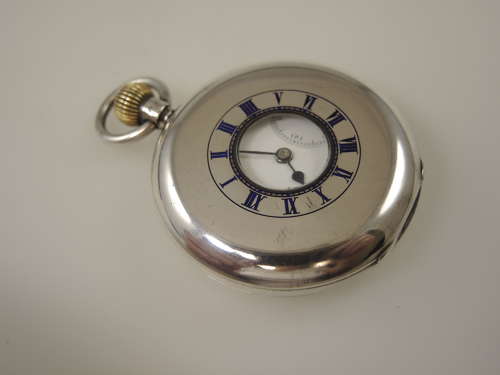 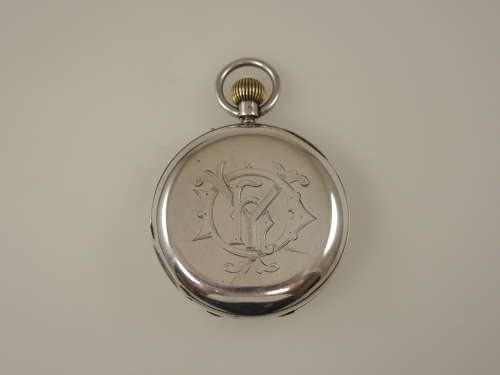 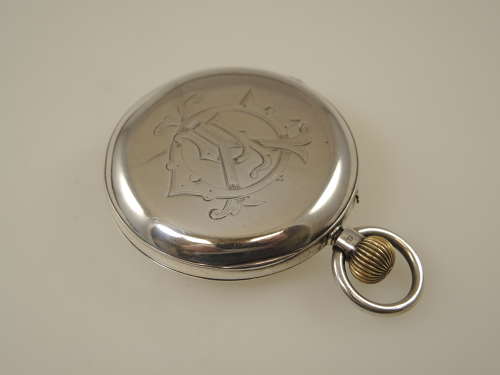 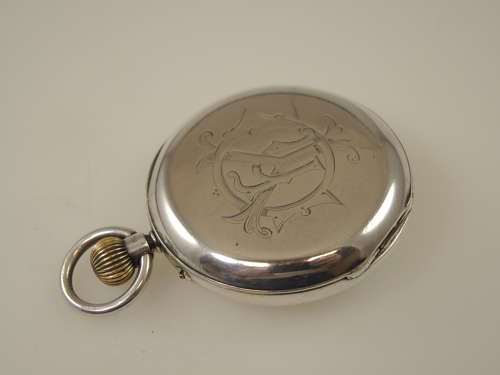 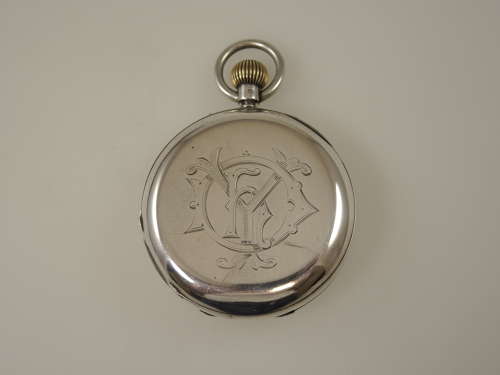 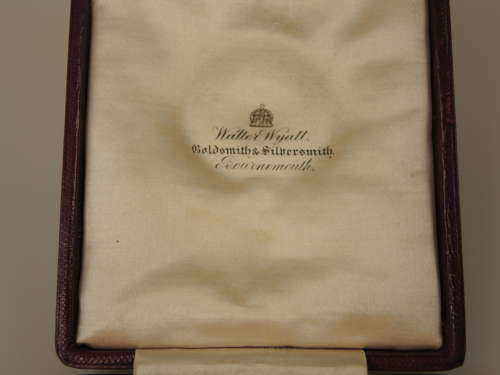 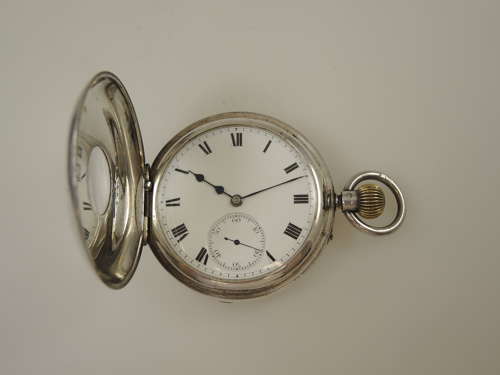 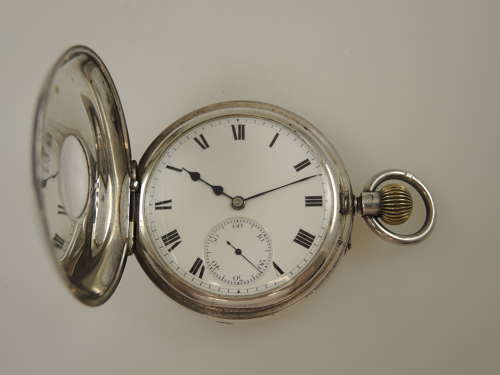 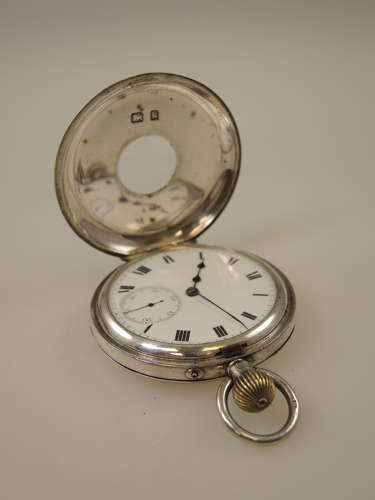 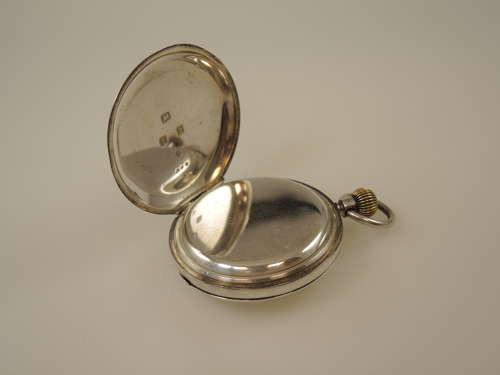 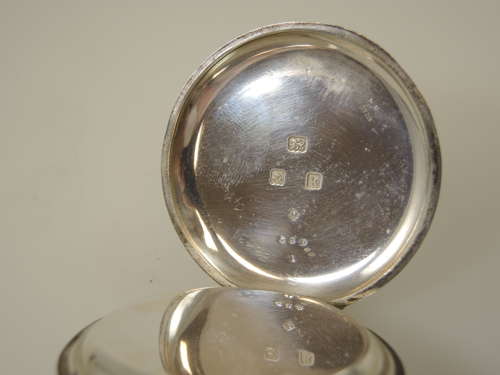 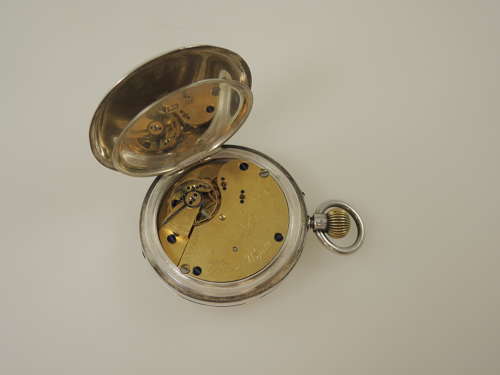 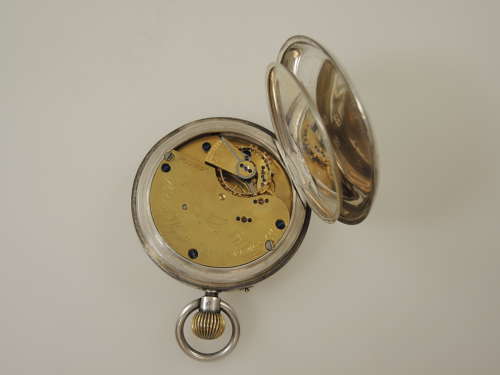 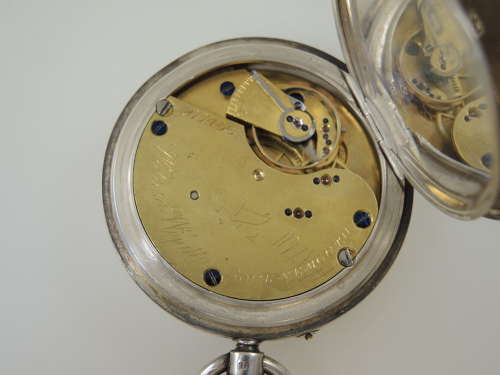 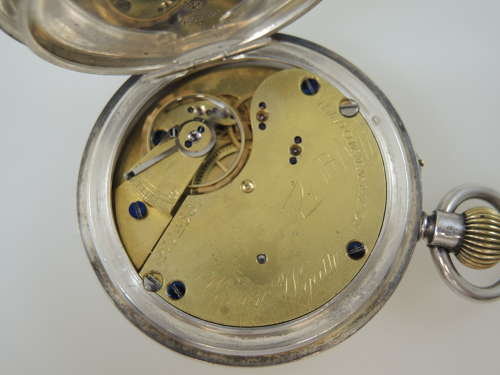 This is a nice example of an English watch with an English, not Swiss movement and which comes in its original box

The watch comes in an English silver half hunter case, which has hallmarks for Birmingham 1909

Movement – the gilt ¾ plate movement has a lever escapement with a compensated balance and is jewelled with blue steel screw jewel settings. The movement is signed “Walter & Wyatt, Bournemouth, 211456”. The movement is in 80% mint condition. – some cloudy stains and also someone has crudely hand engraved some numbers and letters on the plate.

Case – the movement comes in an English silver half hunter case, which has a hinged inner, back and front cover. The front cover pops open crisply to 90 degrees when you press the winder in. The case has dark blue enamel numbers on the front cover and a scroll monogram on the back. The rest of the case has a smooth plain finish and is in 90% mint condition – a scratch on the back and some small scratches on the front

Dial – the white enamel dial has a full set of blue steel hands. The dial is in 98% mint condition – a tiny and very faint hairline on the 4.

The watch comes in a red leather box lined with silk and velvet and signed “Walter & Wyatt, Bournemouth.