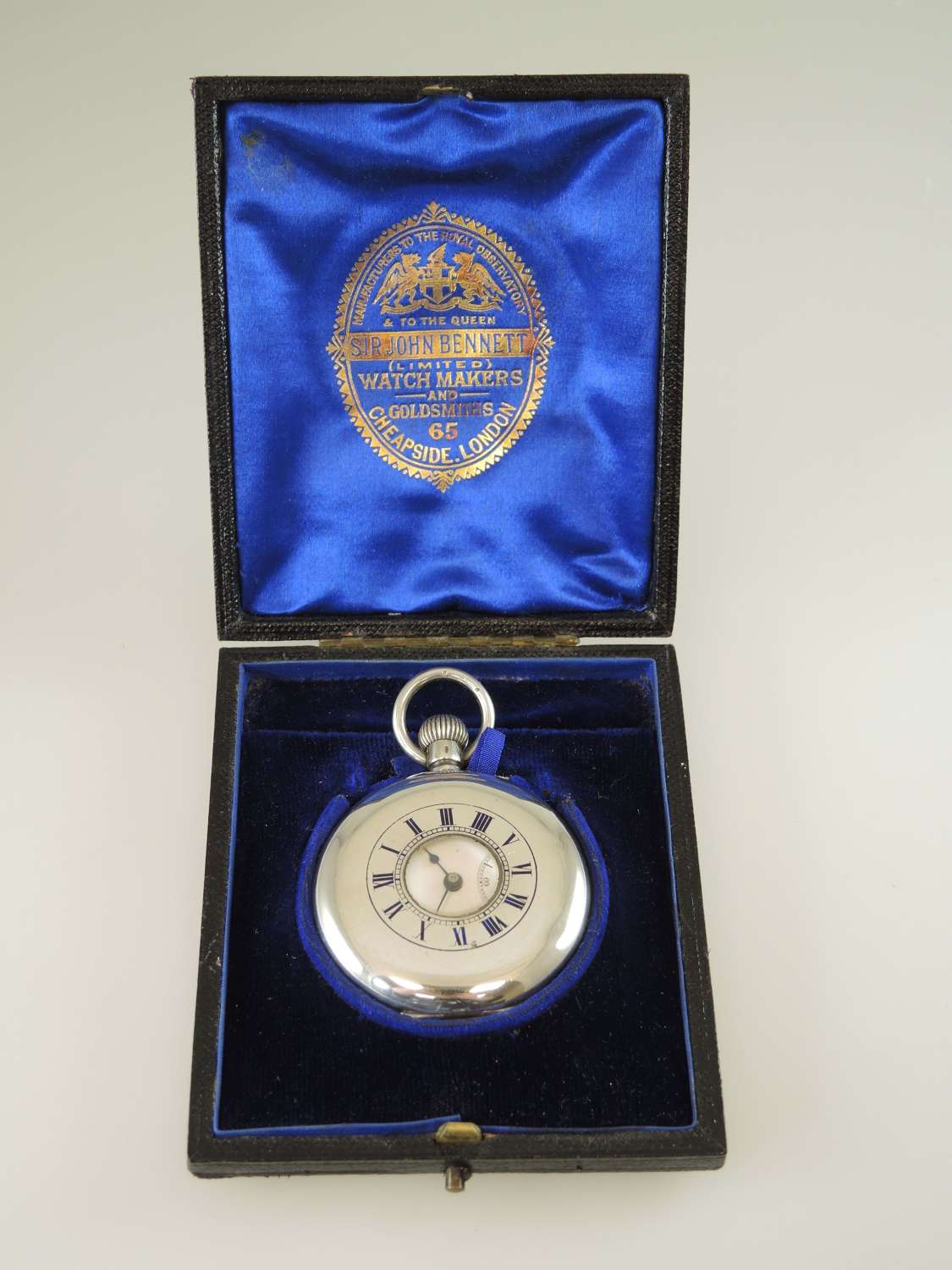 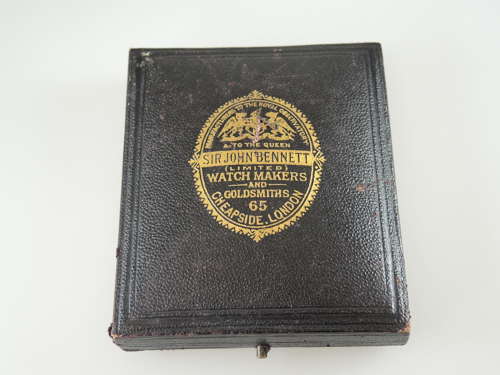 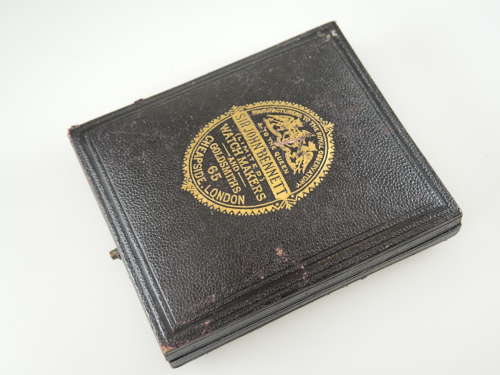 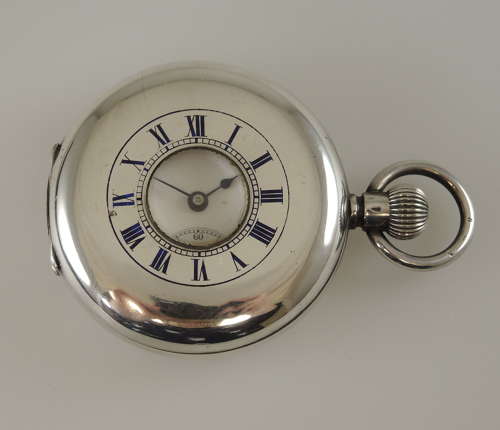 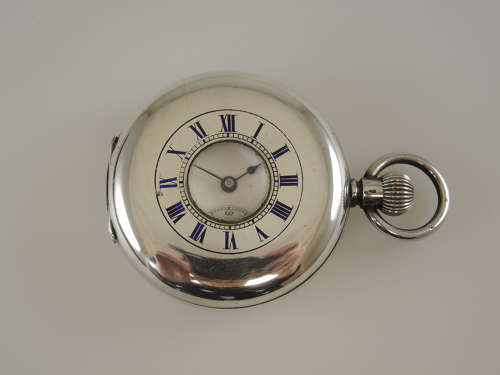 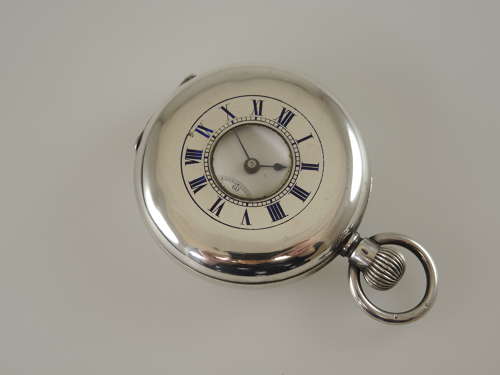 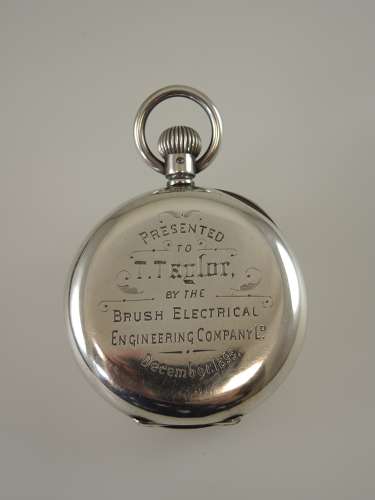 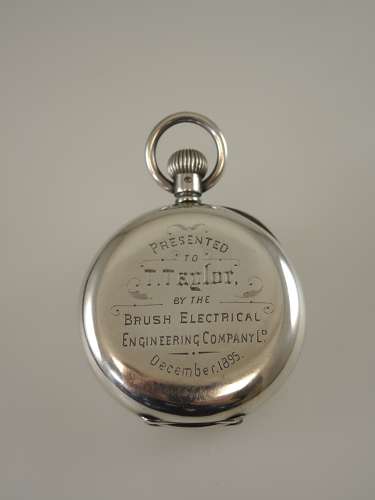 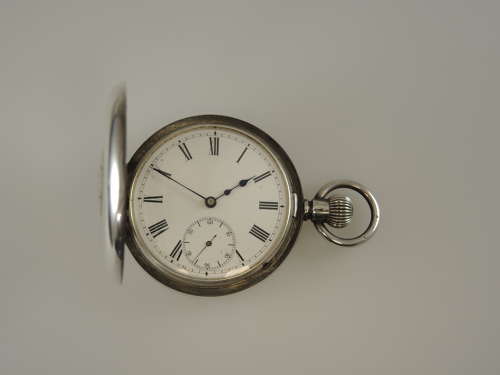 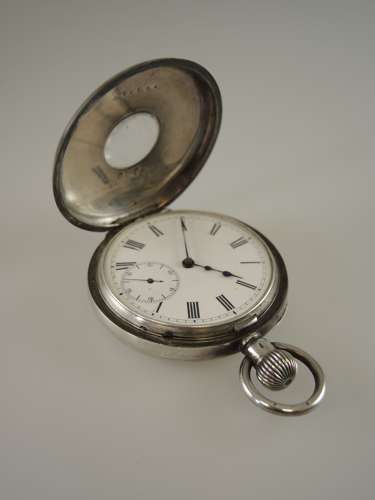 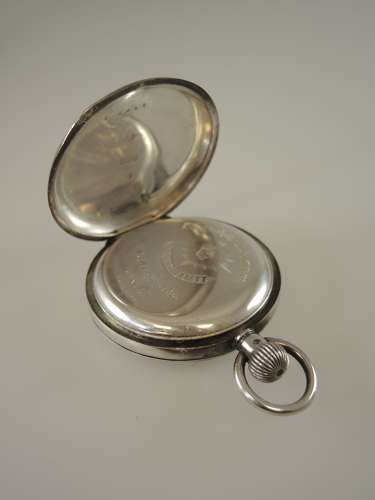 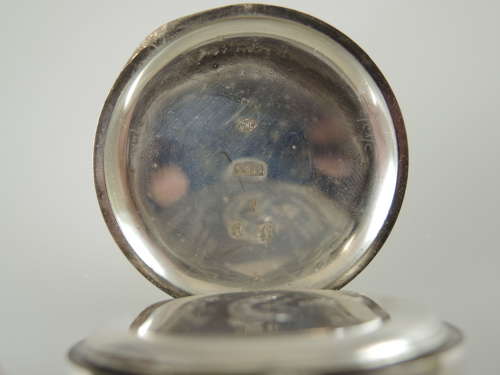 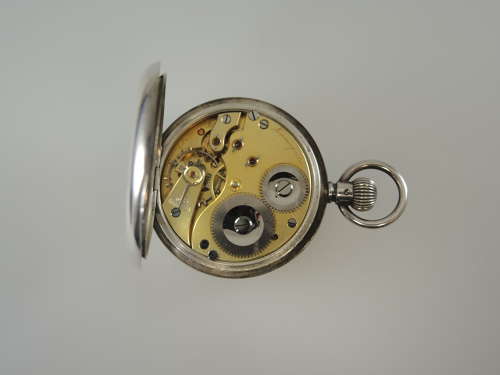 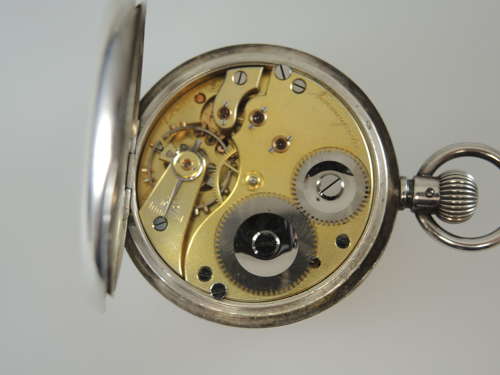 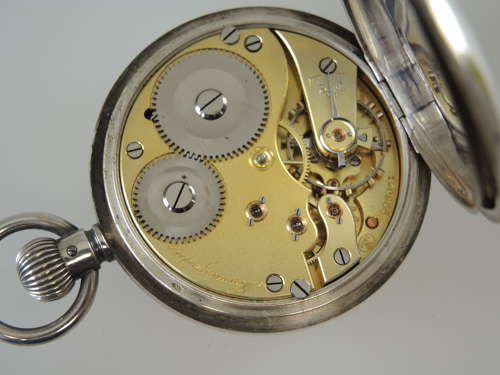 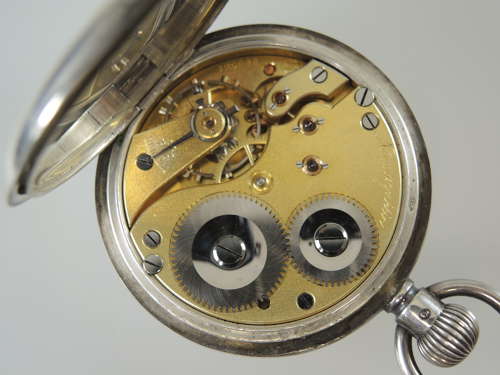 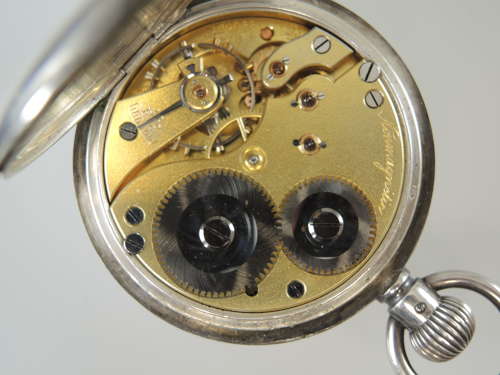 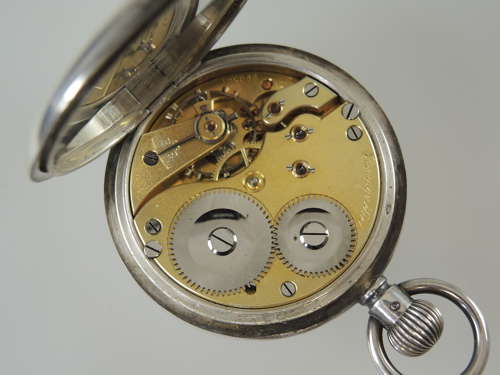 This is a really unusual pocket watch with many different layers to its overall story.

The watch was made by the International Watch Company when they were using the JWC signature. This alternative signature was used only between 1895 – 1905. The movement is also signed “S & Co” another alternative IWC signature and this is their non magnetic movement – more on that later. The watch was retailed and sold by Sir John Bennett and comes in a wonderful example of a Bennett box and has the elaborate signature on the dust cover also. The watch was then given to a Mr T Taylor by the Brush Electrical Engineering Company Ltd, an early company which manufactured electrical generators and where working in that environment a watch with a non magnetic movement would be invaluable

Movement – the early IWC gilt ¾ plate, calibre 53 movement has a lever escapement with a gold escape wheel and lever and gold jewel settings. The movement is signed “S & Co, Swiss” 120968 which dates the watch to exactly 1895. The movement is in 95% mint condition – superb example

Case – the movement comes in a silver half hunter case, which has a hinged inner, back and front cover. The front cover pops open to just under 90 degrees when you press the winder in. The case is signed “JWC” on the inside of the back cover. The inner cover is signed and engraved with an elaborate insignia for “Maker to the Royal Observatory, Sir John Bennett, Ld, 65 Cheapside, London, Swiss Make”. The case has a blue enamel chapter ring on the front cover. The back cover is engraved;

The watch comes in its original leather box which is a superb example with gold script signature on the lid and inside on the blue silk.