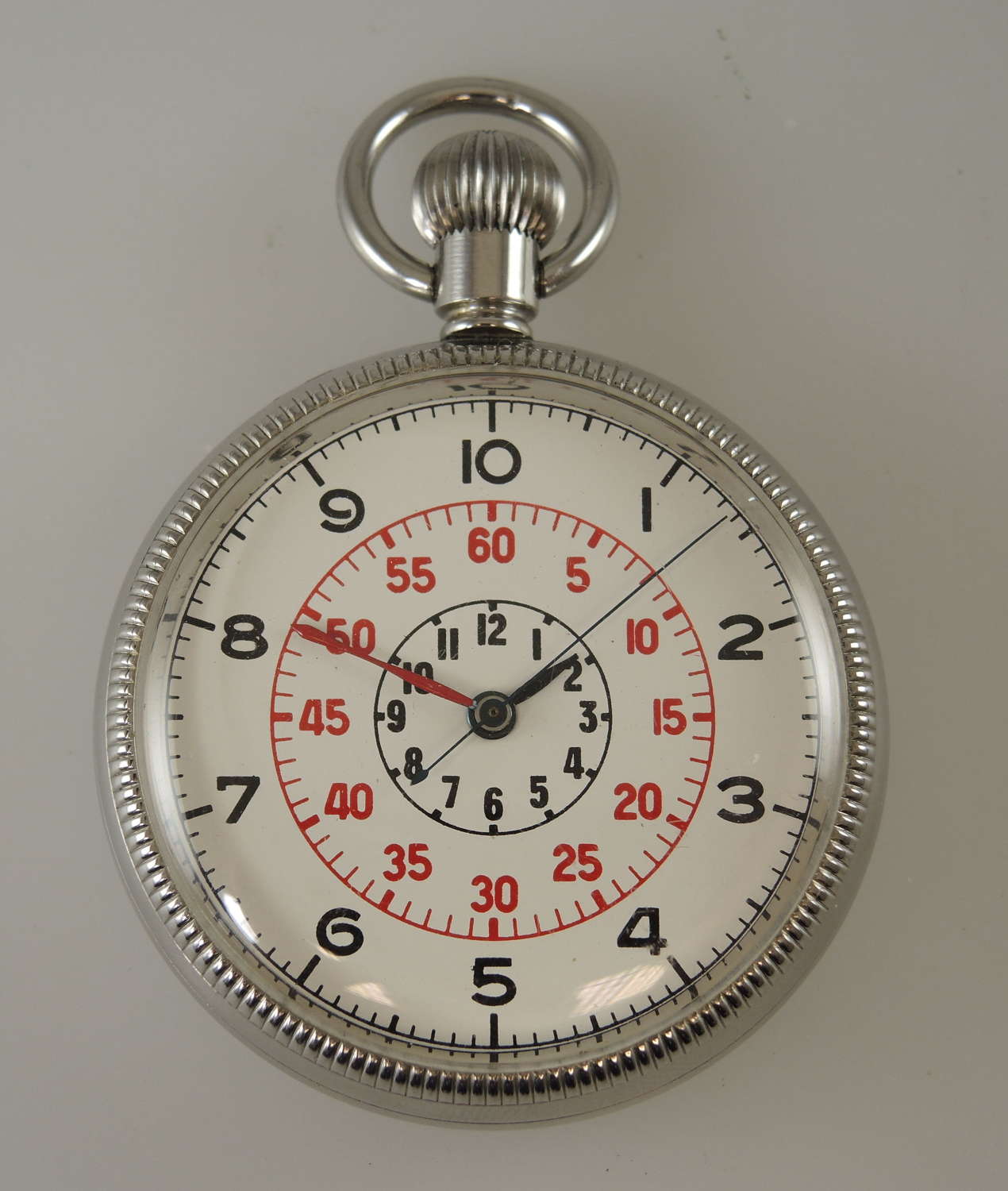 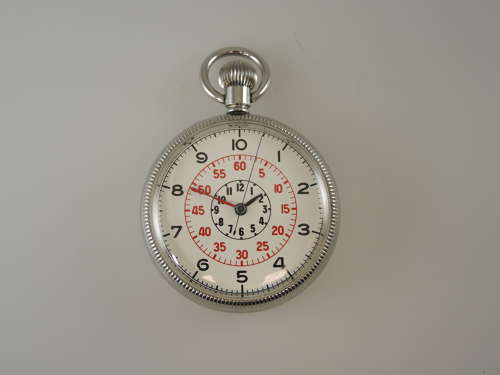 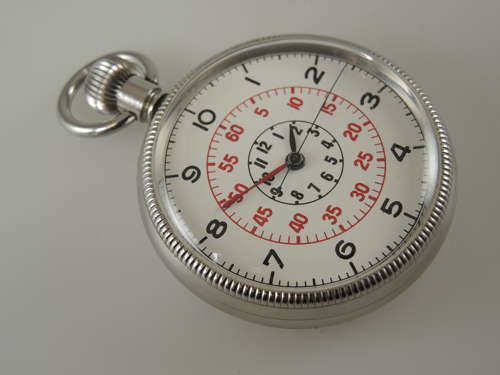 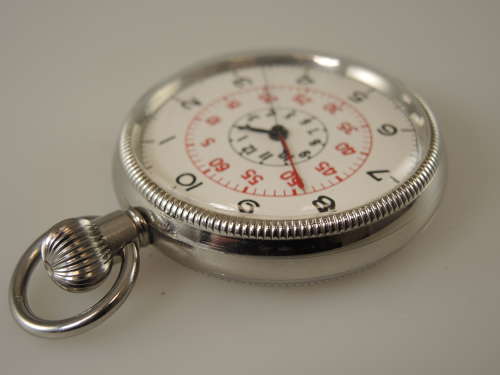 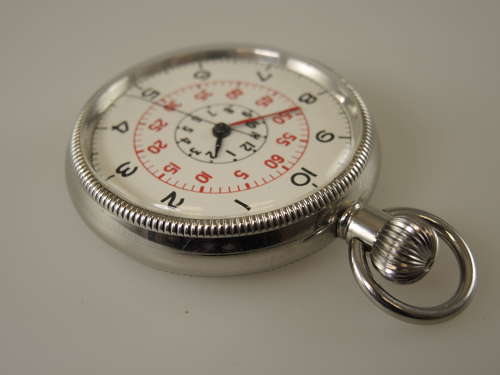 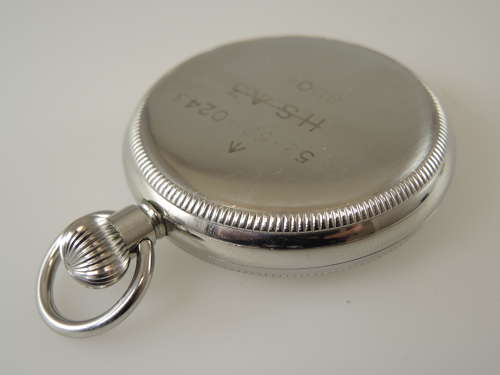 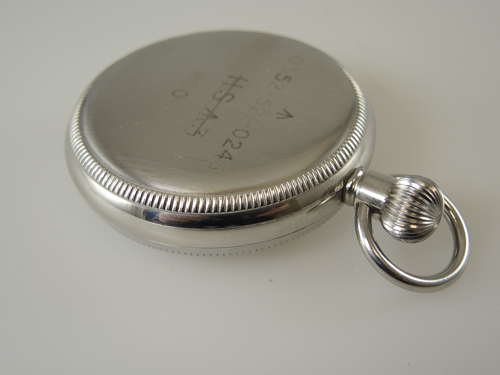 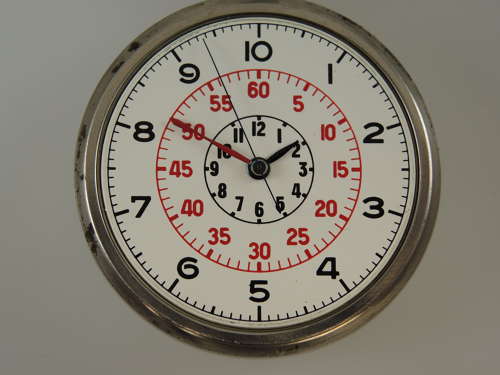 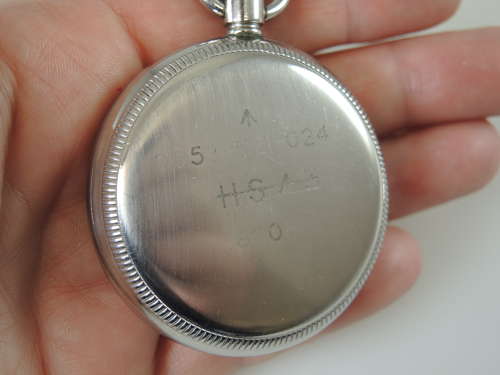 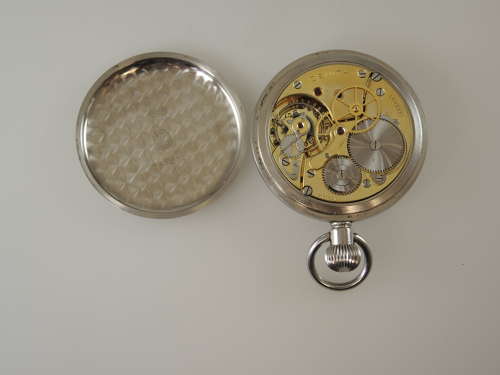 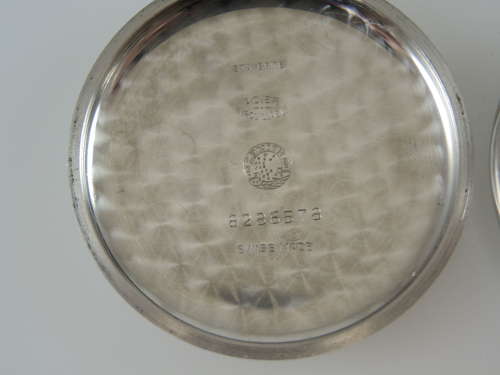 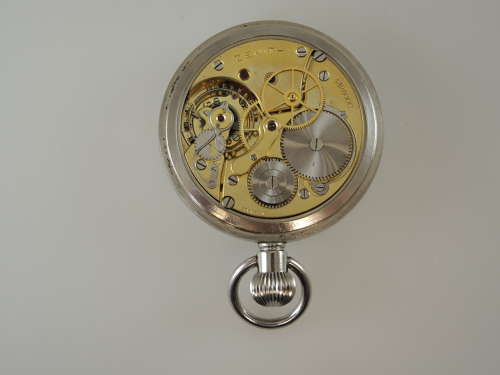 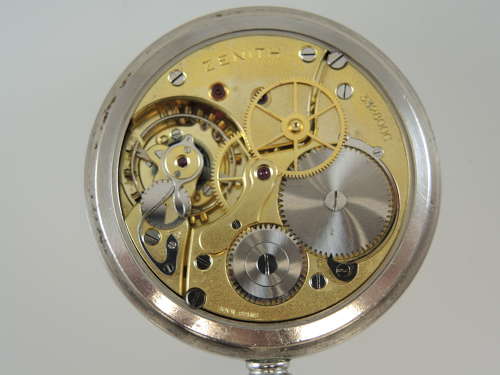 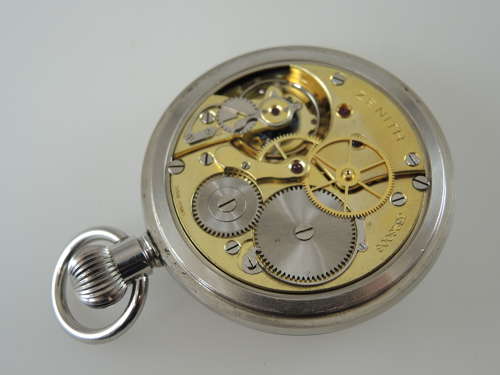 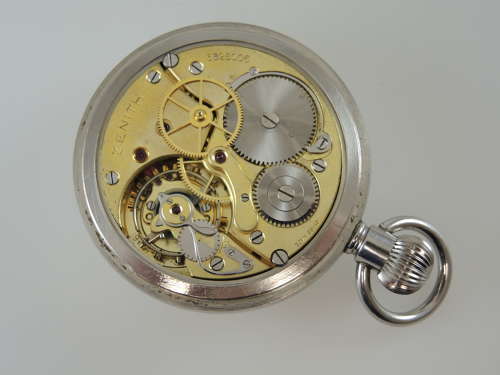 After the war the Zenith HS3 deck watches went into storage at the Chronometer Section of the Hydrographic Department at Hertsmonceaux Castle; there during the 1950’s they had the enamel dials replaced with special decimal dials, using smaller hour and minute hands. This indicated that the watches “time-telling” ability is of only secondary importance to their main intended function. The dial layout gives emphasis to minutes, which are picked out in red on the intermediate chapter ring and an outer ring has been calibrated to indicate 100 unites per minute. These watches were particularly useful for the rapid mathematical calculations, where time equations could be more readily determined and expressed in terms of decimals. At the time of the alteration the screw-back case has had the original “HS3” mark cancelled and has been engraved with the new Nato stores numbers; “8006” is made up from the last four digits of the movements serial number.

Movement – the nickel ¾ plate movement has a lever escapement with a micrometer regulator and a wheel positioned on top the main plate for the sweep centre second hand. The movement is signed “Zenith, Swiss Made” 3328006 and also “1934 3 7 5” under the balance. The movement is in 95% mint condition

Case – the movement comes in a white metal open face case, which has a screw off back and bezel. The back was engraved “HS3” now crossed out and replaced with 0552 521 0243 and a broad arrow, British government mark. The case has a smooth plain finish and is in 90% mint condition

Dial – the repainted dial has three chapter rings – see the opening paragraph for an explanation for the function. The dial is in 100% mint condition

The watch has a synthetic glass